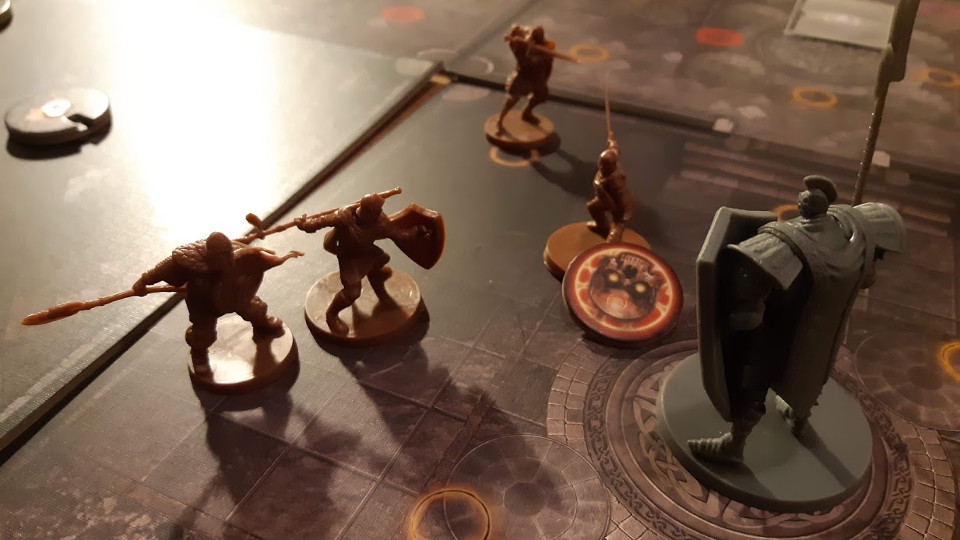 My latest hobby is Dark Souls™: The Board Game from SFG, which is a really good representation of the video game series with simple enough rules. The only rule too complex for beginners is the push rule, that defines what happens if an enemy pushes the player characters…

I’m pretty sure that my team would have survived a few of the boss fights we tried if we understood the rules better. Hopefully next time we go against two Gargoyles back to back the flowcharts I created will help.

Here are some examples of enemy/behaviour cards that have push effects:

Depending on wether the enemy is a boss or not and the nature of the action it takes (push, attack or leap) choose the proper flowchart below.

A boss or mini-boss starts a push action

A regular enemy starts an attack action with a push

A boss or mini-boss starts a leap action

A lot of people helped refining the flowcharts. I’m not sure I can list them all, but I’m gonna try: